Even as most parents have fond memories of jumping up and down on the back of the family station wagon without caring for seatbelts, we have to acknowledge that as much fun as it was, it was very dangerous.

In modern times, we drive a lot more than in our times and our children will likely spend much more time in our vehicles that we used to before the invention of the car seat.

While, the the use of car seats and seat belts has resulted in a significant decrease in death and injuries, crashes still account for millions of deaths of children above 3 years. You can also check out our post about the foldable baby bed. 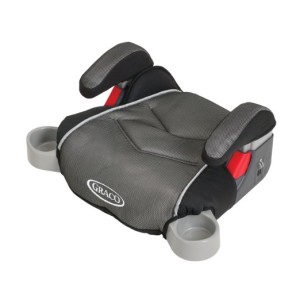 While seat belts are a good invention, they are inadequate to protect your child as they are made for adult bodies and hence they are not fit for your child. This is where top rated booster seats will come in handy.

The best child booster seat lessen the chance of your child getting injured in a crash by up to 45% since true to their name, they boost the child to ensure that the seat belts and the vehicles lap are strapped on tightly. Children that ride without using a seat belt without a booster seat have a higher chance of injury as compared to those that do.

If you do not make use of a booster seat, the lap belt will more likely than not rest on the child’s belly which may result in injuries to the spleen, stomach, and liver if you happen to get in a crash.

Additionally, without a booster seat the shoulder belt will lie on the child’s neck as opposed to the chest which could make the child attempt to move it below the arm (it could cause internal damage by cracking ribs) or behind the back (could result in spinal injuries and leaves the neck and head completely unprotected.

As such the NHTSA recommends that all children travel in a booster seat if they have outgrown the convertible car seat, They should ride in a booster seat till they reach a height of about 4 feet 9 or about the age of 8.

Moreover, most states have now made it mandatory to strap the child into a booster car seat. It is only in South Dakota, Florida and Arizona where it is not a requirement for children to ride in a booster car seat. The Insurance institute for Highway Safety has the map showing the different guidelines for each state.

Nevertheless, even if you are not legally required to use a booster car seat in your state, it is advisable to use one. The lack of proper restraints resulted in the death of over 1300 children and 179,000 injuries that would have been avoided had they been strapped into booster seats.

Majority of these tragedies happened in undivided highways or local roads as opposed to high speed collisions that many associate such accidents with. Half of the accidents were in streets in which the legal limit does not exceed 44 miles per hour.

Majority of these tragedies happened in undivided highways or local roads as opposed to high speed collisions that many associate such accidents with. Half of the accidents were in streets in which the legal limit does not exceed 44 miles per hour.

“The trick is to ensure we have lesser judgment lapses where we say things such as “we are just going to the grocery store . Ask yourself were I to be involved in a crash would I be confident in how my child is strapped in? and ensure your child always rides that way everyday”

For parents that are short on time, convenience is usually a touchy issue, and hence Tombrello asserts that having a system which is consistent yet simple would automate the process ensuring your child is safe.

For instance, families with two cars ought to have a booster seat in each vehicle as opposed to trying to switch booster seats from one car to another – which may be ignored when you have a frantic morning.

How to Find the Best Child Booster Seat 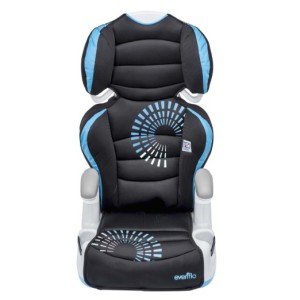 For vehicles with rear seats that are sitting low, a high back model which offers better neck and head support in the instance of a rear collision would be best. For rear seats that are of sufficient height to offer support to the neck and head though they have deep contours, a backless model will be a better fit as it wont be prone to tipping over as compared to the high back model.

According to auto safety experts, the backless booster seats are recommended since they make it easier for the child to sit more snugly in the seat as they can sit further back making the use of seat belts and lap belts more effective.

However, it is important not to buy second hand backless car seats which are designed with the shield style closure since they have been determined to be unsafe by the NHTSA.

How to Install  A Booster Seat Correctly

Test It Before Purchase

Booster seats are made to be used with the vehicle’s shoulder and lap-belts and hence their installation is relatively easy as simply  installing them on top of the vehicles rear seat. Nevertheless, you have to make sure that the booster seat lies flat on the seat in order to reduce the possibility of tipping over.

If it is possible you should test the seat by having your child sit in it before you make the purchase.

Determine if the Child is Ready for a Booster Seat

Even as most booster seat and car seat combo manuals assert that such seats may be used without a harness of the child is 30 pounds and above, in truth, only a thin and tall child that has outgrown the harness yet is below 40 pounds could ride safely in such seats.

For the majority of kids though, it is advisable that you you employ the use of the harness till they are at least 40 pounds.

Children that tend to be especially active need the harness more since they may push the shoulder belt under the arm or get out of the seat belt. Having the five point harness will make it harder for them to struggle out of the shoulder or seat belt.

To determine your child’s readiness for switching to a booster seat , make her sit in the backseat of the vehicle and check whether she can sit with with bended knees at the edge of the seat while sitting all the way back in the seat.

If the child is not ready for the booster seat, she will slide forward or slouch and the legs will be sticking out rather than being bended at the knees.

Install the Booster Seat in the Appropriate Position

The safest position to install booster seats and indeed all convertible car seats is the center of the back seat as this is the position that offers the most safety to the child in the instance of side impact. However many older vehicle models have only the lap belt in the center seat which would not anchor the seat properly.

For parents that have to travel with two children, how you position the booster seats will be determined by the backseat contours and the type of seat belts in your vehicle. If possible, I would advise having one child on the right side and one in the center of the back seat.

Nevertheless, if your children are the type to grab pinch and poke each other you had better have the center as a buffer zone so that they do not distract you from driving.

In this instance, the younger child ought to ride on the right side given that you may have to check up on him far more than the older one. Alternatively, you could have seat belts installed in the center of the back seat. You can find a retrofit kit from Amazon.

It goes without saying that your child that is younger than 13 should always ride in the back seat rather than the front seat.

This is particularly so if your vehicle has air bags in the passenger side of the car. While airbags may save the life of an adult, they can be very dangerous to the child since they can result in severe neck and head injuries during a collision.

Make Use of a Belt Positioning Clip

Some booster seats will come with belt positioning clips that may come in handy since they can be attached using a special strap on the backless models or on the sides of high back booster seats. 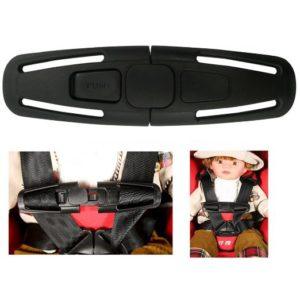 If you are using a combo booster seat an anchoring system could come in really handy. All combo car seats that have been manufactured since 2002 now come with the LATCH system.

LATCH is a combination of lower and top anchors that are made into the back seat of the vehicle that hooks on the car seat thus enhancing their safety. It is a requirement that all front facing car seats have both lower and upper attachments.

The LATCH system is made to ease the installation process of the combo car seat thus making seat belts unnecessary. However you still have to make use of seat belts if you are using rear facing car seats.

Even as some recent models of booster seats come with lower anchors for better positioning, LATCH is not a necessity for all booster seats given that shoulder and lap belts are a requirement in order to securely strap in your child when using booster seats.

For more information regarding safest booster seats and their usage visit the NHTSA Website.

How to Install a Booster Seat Video