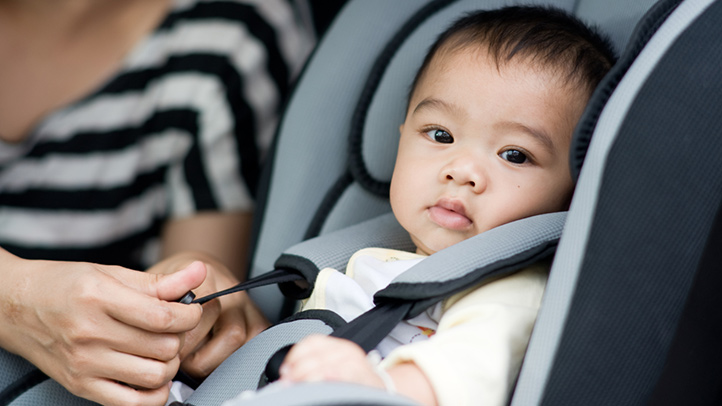 With Consumer Report issuing new guidelines that indicate that it is safer to switch to a rear facing car seat, the following are some of the things that you need to know.

While it can be quite exhilarating to switch from infant car seat to convertible, you need to exercise caution to keep your child safe. You can also make sure your child is safe while sleeping by checking out our post about Wumblers packable bassinet.

With rear facing is a commonly accepted standard for any child below the age of two, consumer reports testing has reinforced the importance of keeping your child in rear facing but also determined that it is safest to switch from an infant car seat to a convertible car seat when your child is a year old.

In 50% if the tests, they established that the dummy’s head would hit the back of the front seat as opposed to only one in the 25 convertible car seats which had the same result.

The issue is that once the head of the child is less than an inch from the top of the outer shell of the infant seat, there is an increased risk that they will hit their head on the back of the front seat in the instance of a crash.

This usually happens when the child is approximately a year old or more old.

This means that you need to switch the baby from the infant car seat to a convertible by the time they are a year old even if they have not exceeded the infant carrier’s weight and height limits.

First things first what are the differences between the two types of car seats? 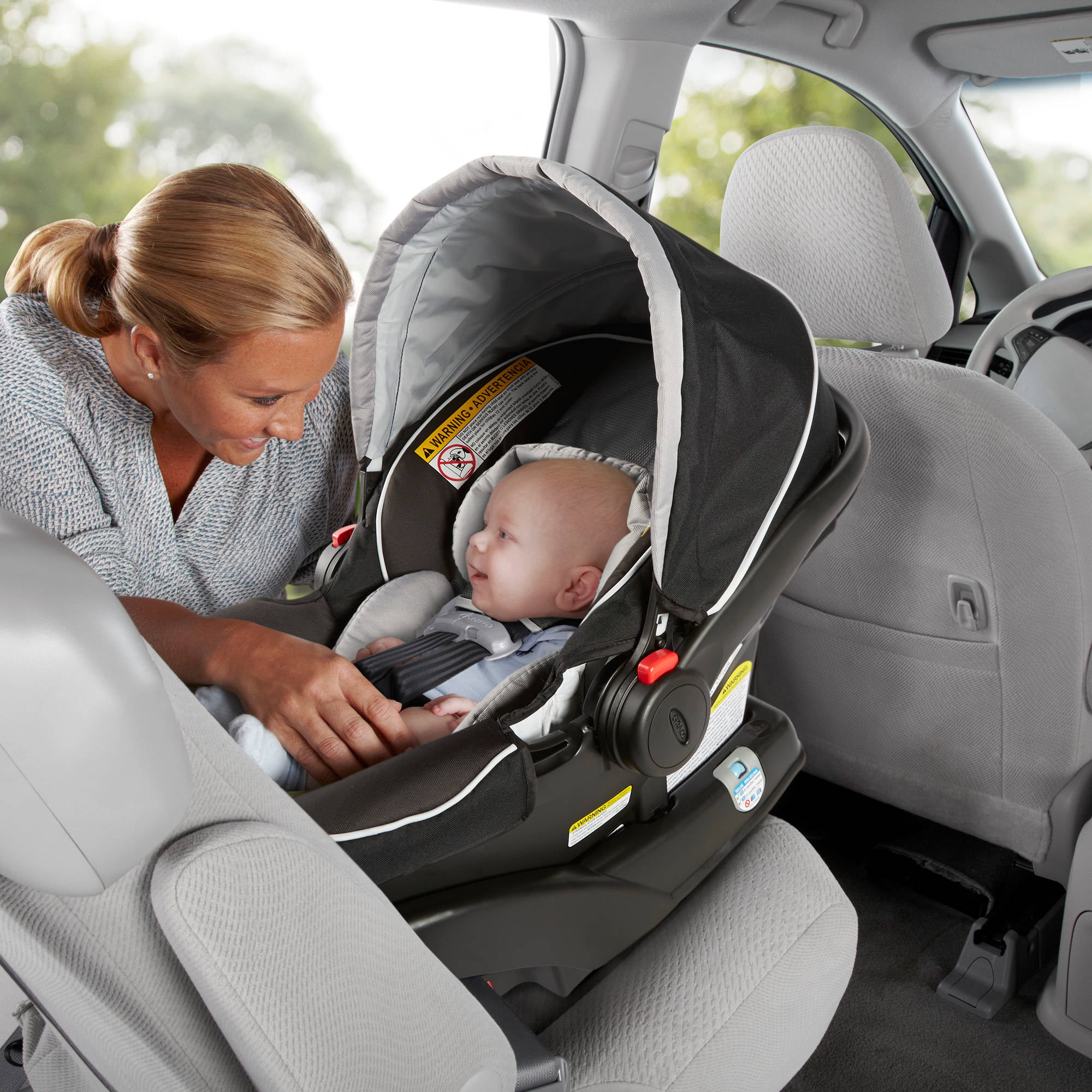 While there are many convertible car seats out there that are suitable for your child from birth to toddler and even until they start using vehicle seat belts, most mums will go for the cheaper infant car seat.

The infant car seat sometimes referred to as a bucket seat has several things going for it.

However, being the small car seat that it is, the kid tends to outgrow it very fast and you may have to buy a new car seat by the time your baby is a year old. 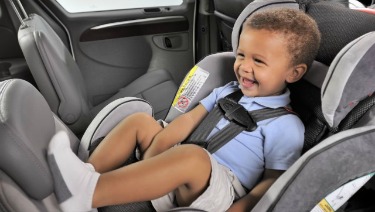 ​Just like the infant car seat, the toddler car seat also has its own advantages. For one,

When to Switch from Infant Car Seat to Convertible

When the Child Maxes Out the weight Limits of their Seat ​The good thing about car seats is that all of them will typically come with weight and height limits. It is important that you read your car seat owners manual and have a thorough understanding of it before you put it to use.

You need to be ready with a convertible car seat when the child maxes out the weight of their car seats which is typically between 22 and 35 pounds depending on the brand.

When the Child Maxes Out the Height Limit ​Similar to weight limits, a car seat also has height limits that you need to adhere to. You need to read your car seat owners manual and follow it religiously to ensure your child is safe.

In most instances the kid will exceed the height limit before their weight limit. The best  infant car seats of 2018 will usually have a height limit of about 29 inches.

When it is no Longer Convenient

​At a certain point in time your child will grow heavy enough that lugging the car seat around will begin to take a toll on you.

Even the kid may not have attained the maximum height or weight limits.

A solution at this stage may be leaving the car seat installed in the car as you would with a convertible car seat.

However, if the child also seems to show signs of being uncomfortable in the infant car seat such as crying a lot when they are in their seat it may be that they are cramped in the little seat.

​If you have read up on the size and weight limits of your seat and found out that the child still has some way to go before they are too big for their seat, you may still switch them over to a convertible car seat if you feel that it would make them more comfortable.

As long as you switch them to a car seat that is installed in rear facing mode, they should be fine.

Nonetheless, it is always safer to keep the infant in the bucket seat for at least a few months and shift them to a convertible car seat when they are at least six months or older.

A convertible car seat will last longer saving you money and reduce child tantrums as they can look outside the window which can serve as a good distraction while you are driving.

Infant Car Seat Versus Convertible Car Seat: What Should You Go For In 2018? 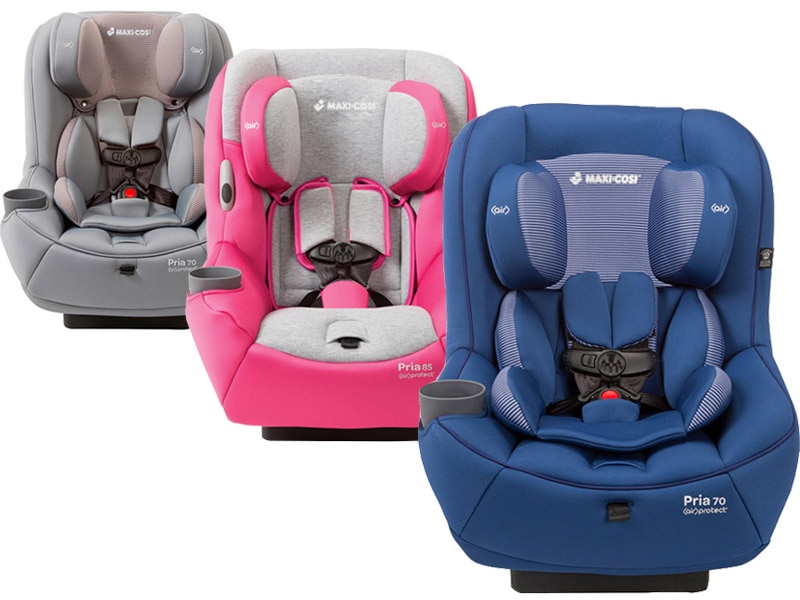 Are you totally befuddled on whether to go for the infant car seat or the convertible car seat?Well you are not alone, I still remember that time when I was heavy with my first child and could not decide on what seemed like hundreds of choices.While some parents swear by the infant car seat and others by the convertible car seat, your choice will typically come down to what you are looking for in a car seat given that each type of car seat has its own pros and cons.However, even as the convertible or the infant car seat has its own advantages and disadvantages.The most important thing to take into account is the needs of the newborn infant, which are typically very different from that of the toddler or older child.The following are some of the most important things to take into consideration when making the choice: My Take on What Car Seat You Should Buy

So when to switch to convertible car seat?I would recommend that you buy the infant car seat and later buy the convertible when the child is exceeds the weight and height limits of their infant car seat.Moreover, you can get a travel system cheaper this way as the stroller and infant seat will typically come at a lower price when combined.

Video on How to Do the Pinch Test

Now you know when to switch from from infant carrier to car seat. If you have any questions leave a comment below.